You are here | Moravek | Latest News | Gigantic experiment with nitrogenation 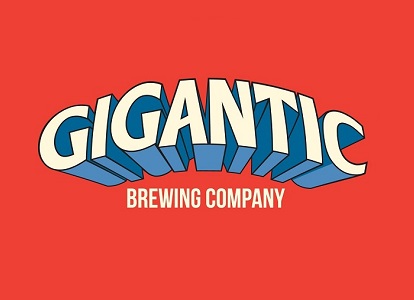 It’s always nice when we hear from clients about how they’re getting on with their Moravek equipment and last week we received a message from Van Havig, Master Brewer at the Gigantic Brewing Company based in Portland, Oregon.

The brewery focuses on two things: making “the best damn IPA in Portland, Oregon” and producing “seasonal, exciting, flavourful beers, most of which will be brewed only once.”  They believe in simultaneously creating “new interpretations of classic styles” and then ignoring “those same style guidelines completely and [brewing] whatever our creative natures produce.”  We like their thinking!

As part of the experimentation process, Gigantic have been working on a nitrogenation project and Van took us through all the testing they have been doing with N2 / CO2 levels, temperature and carbonation.  While we can’t share their results we can tell you that they obviously did something right because:

“The resulting beer has the best level of N2 I’ve ever seen outside of the large British and Irish breweries.  Standard small brewery nitrogenation usually results in a nice cascade through a creamer faucet, with good mouthfeel and head retention for a few minutes.  Typically, midway through a pint the beer just ends up tasting really thin and flat”.

These are usually called Nitro Beers after the type of gas used in the carbonation process.  It creates a creamier beer and typically contains about 70% nitrogen and 30% carbon dioxide.

Gigantic found that by using their Moravek BC15 Inline carbonator “you can let a pint sit for 45 minutes and the soft and full mouthfeel is still there.  And the head never really seems to dissipate.  I’m honestly gobsmacked by it”.

Following the success of Harviestoun Brewery at the International Brewing Awards with their Mischief Nitro Engine we’re looking forward to hearing about more nitrogenation success from our customers and perhaps even trying a pint or two!